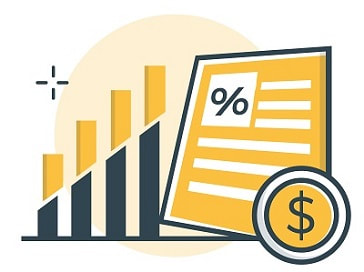 Updated 15 March 2021
Our guide is the first of its kind to compare power companies and outline a three-step process to get the best deal. Electricity prices are usually not comparable unless you spend hours asking every provider for their latest prices. You'll then need to add or subtract GST, include or exclude levies and cross-check your numbers. It's difficult, convoluted and unfair, so we've done the work for you.

Our guide gives you the confidence to switch to the best provider by making an informed decision. Best of all, you will know exactly what you're paying because you pre-confirm this BEFORE signing up.

There are so many electricity tools - why have we published this guide?
Our guide allows you to contact an electricity company as an informed consumer. Specifically:
Our guide covers:
Best Electricity Providers
Our view:
Save Money and Be Fully Informed Understanding How Electricity is Priced and Your Power Bill

To make sense of your power bill, it's essential to know the facts:
How Energy Companies Charge You:
A power bill is made up of more than just power:
​​To start saving on your power bill, the first step is understanding the elements that make up the cost of electricity in New Zealand. Turning down the heater won't directly lower the price as there are a lot of other charges beyond usage. Below is a simplified version of how the money you pay is distributed on the electricity bill:
Know this:
Best Electricity Providers Our Power Company Comparison (and how to get the best deal) Electricity pricing should be simple, but inconsistencies between providers mean that it is complex. We list popular questions below and answer them to help you make a better decision on whether to switch or stay with your current provider.

Am I a standard user or a low user for power?

Your power bill is a good starting point since it has to specify which plan is currently being applied to your household.​

What power plan is the best option for my home?

Can I opt for a low user plan?

​Can I switch plans?

Yes, you can. Assuming you comply with the consumption thresholds established by the current legislation, you can switch from a standard user plan to a low user plan, or vice-versa.​

What is the average electricity cost per kWh in New Zealand?

According to the NZ Ministry of Business, Innovation & Employment, the average electricity costs per kWh for a low user in New Zealand can vary from 26.75 cents (Dunedin) to 41.68 cents (Kerikeri), with the average cost per kWh in Auckland 29.67 cents (with Wellington and Christchurch around the same).

What information do I need to compare energy costs?

You'll need to know your approximate kilowatt-hour use per year, and the cost per kWh in your local area. To make a complete comparison, you'll need to know the daily charge as well, which will vary between electricity companies, and any discounts offered for early payments, e-statements etc. Making the comparison without a template to follow is difficult - we believe our downloadable tool and comparison data to be the most comprehensive in New Zealand.

How many kilowatt-hours should I be using each year?

What is the average power bill in New Zealand?

The average NZ household, comprised of a couple with two kids under the age of 18, pay between $2,200 to $2,350 a year in electricity. Take into account though that your power bill might vary depending on several factors, including the number of occupants of the household, the type of appliances used, and more.

How can a smart meter benefit my energy bill?

Smart meters can help lower your electricity bill by sending accurate information about your energy consumption and thus prevent using an "estimate" based on the consumption of previous months. This usually happens when the retailer is not able to take the actual reading on traditional electricity meters.​

What’s the difference between kWh and kW?

Kilowatts give you an idea of the energy consumed by an appliance, whereas kilowatts-hour indicates the total amount of energy used by such an appliance during a determined period of time. For instance, a 10W (0.01kW) led bulb consumes less energy than a 50W (0.05kW) incandescent light bulb. However, if you leave the led bulb on for 10 hours, it will consume the same energy as the incandescent bulb in 2 hours (0.1kWh). Simply put, in addition to energy efficiency, the way you use the appliance also matters a lot.

What is the difference between transmission and distribution?

Although they seem to have to do with the same thing (moving electrical energy from one place to another), there are notable differences between these concepts. Transmission lines require huge poles and thick cables to carry enormous amounts of power throughout New Zealand. You can think of them as the highways that go from one city to another. The distribution lines, on the other hand, use smaller poles, transformers, and cables of smaller diameter to carry the necessary amount of energy to the communities and houses.

Why does the cost of transmission and distribution vary from place to place in New Zealand?

The explanation is very simple. The most remote areas of New Zealand require transmission lines just like the rest of the country. However, given the difficult topography, the cost of maintaining these lines is usually higher. The same principle applies to the distribution lines within certain areas.
Best Electricity Providers
Related Reviews and Guides: